Horsham Sports & Community Club has provided base funding of $50,000 towards the recently completed lighting of the walking track along the Wimmera River from the Wimmera Bridge to Bennett Road.

60 light-emitting diode, LED, lights were installed along the 1.7 kilometer track from the Wimmera Bridge to Bennett Road for the shared-use path. 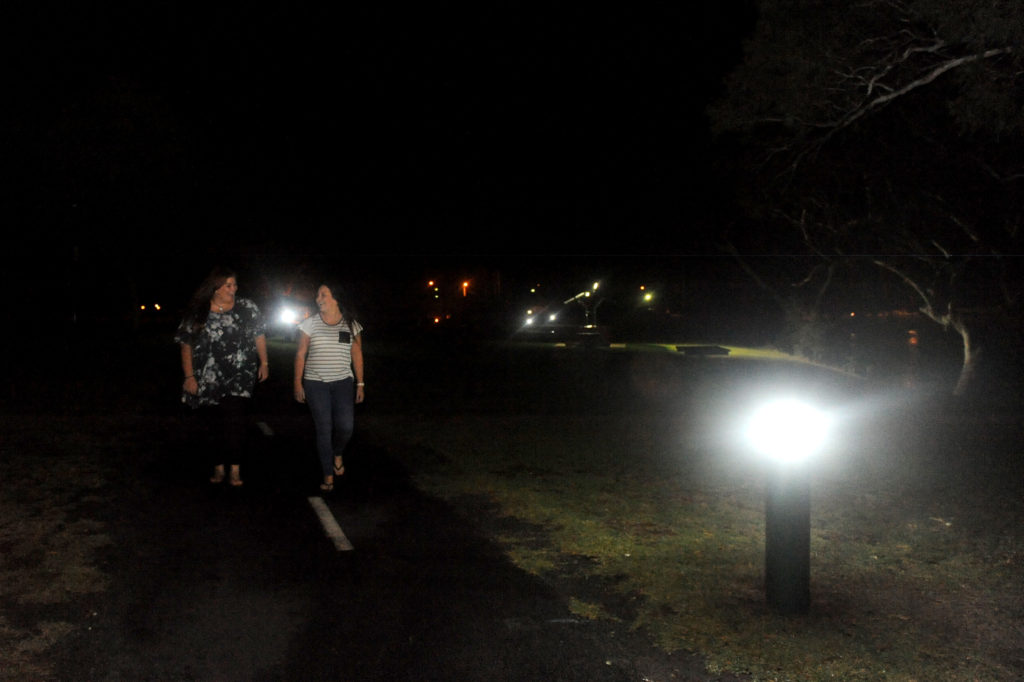 This project started back in August 2012 when Club Vice President, Gary Howden, raised the idea at a monthly meeting. Initially solar lighting was investigated and trialed however after further consultation with the Horsham Rural City Council the current LED system was installed as it was deemed to be more cost effective in the longer term.

The improved visibility of the track has significantly improved the safety for the many walkers, runners and riders that regularly use the Wimmera River precinct for exercise and leisure.