Edenhope Netballer Sacha McDonald recently received a $250 sponsorship from the Horsham Sports & Community Club as part of the club’s commitment to assisting sports people in the local area in their quest to achieve in their chosen sport. Sacha, 15 has been selected in the School Sport Victoria 15 Years & Under State Netball and Field Team for the School Sport Australia Championships, played in Sydney this August.

Sacha started playing netball when she was 7, for Edenhope/Apsley. She soon made SSV state teams in 2011-12 & 2014-15 for her age group. This year she played Goal Attack for Victorian Netball League Sovereigns under 19’s, they made Preliminary Final. Sacha still plays for Edenhope/Apsley Saints under 17’s and A grade, & Lake Wendouree A grade! She has played Interleague for HDNL for past 5 years.

Quote which best sums me up! “Nothing is impossible, the word itself says, I’m Possible” 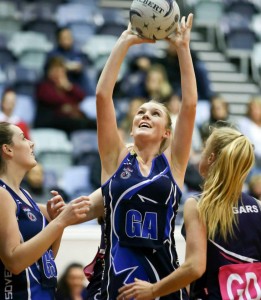